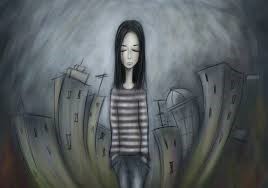 Being a teenager these days are tremendously challenging. There are many stressors they have to deal with and mostly feel that no one understands them. Hormonal changes as well as developing their identity are factors amongst many others that plays a role in teenagers experiencing confusion, moods and emotional distress.

Suicide is always a topic that should be dealt with in the most sensitive way possible. It is a mental health concern. Individuals who feel the need to commit suicide really believe that the world will be a much better place if they are not in it. They truly believe and have convinced themselves that the people nearest to them will be better off. They have completely lost hope and don’t see any way out.

They are not selfish, but merely want to end their lives in order to feel relief from all the stressors they are facing and overwhelms them.

Teenagers who want to commit suicide can deal with many stressors such as being bullied, being a victim of sexual, physical and emotional abuse as well as abandonment from significant figures in their lives which most probably occurred from a very young age or even during pregnancy. Research have shown that trauma has a large negative impact on the functioning of the brain. Therefore, when a person deal with multiple trauma, it causes a chemical imbalance in the brain. This happens in the part of the brain where logic plays an important role. As a result, individuals that experience multiple trauma lose their logical thinking.

Here are some warning signs that a teenager wants to commit suicide:

Posted by Child Welfare Tshwane at 04:46